Besides steel, there is likely no more influential material in humankind’s existence than paper. If you try to imagine a world without paper, it’s difficult. Of course, you may immediately think of office production grinding to a halt, however, think more existentially – no paper towels to clean up messes, no lottery tickets at the convenience store, no birthday cards for your kids, no sticky notes reminding you to take out the trash. So much of our daily lives revolve around the use of paper that when you think about how its existence and versatility has impacted everyday life – it’s nearly impossible to conceive of a world without it.

The word paper comes from the ancient Egyptian writing material called papyrus, which was woven from papyrus plants. Papyrus was produced as early as 3000 BCE in Egypt, and in ancient Greece and Rome. Further north, parchment or vellum, made of processed sheepskin or calfskin, replaced papyrus, as the papyrus plant requires subtropical conditions to grow. In China, documents were ordinarily written on bamboo, making them heavy and awkward to transport. Silk was sometimes used but was normally too expensive to consider. Indeed, most of the above materials were rare and costly.

The Chinese court official Ts’ai Lun is credited with describing the modern method of papermaking in 105 AD with other sources trace the invention of this type of papermaking to China in 150 BCE. The technology then transferred to Korea in 600 and then imported to Japan around 610 by a Buddhist priest, Dam Jing from Goguryeo, where fibres (called bast) from the mulberry tree were used.

After further commercial trading, the invention spread to the Middle East, where it was adopted in India and subsequently in Italy in about the 13th century. In these instances, they used hemp and linen rags as a source of fiber.

Some historians speculate that paper was the key element in global cultural advancement. According to this theory, Chinese culture was less developed than the West in ancient times because bamboo, while abundant, was a clumsier writing material than papyrus. Chinese culture advanced during the Han Dynasty and preceding centuries due to the invention of paper; and Europe advanced during the Renaissance due to the introduction of paper and the printing press.

Paper remained a luxury item through the centuries, until the advent of steam-driven papermaking machines in the 19th century, which could make paper with fibres from wood pulp. In 1807, the Fourdrinier papermaking machine was patented in France. This machine, considered to be the basis of most modern papermaking worked by a continuous process: pulp was fed onto a belt of wire cloth that was continually moving, so that the sheet was smoothed on rotating heated cylinders and onto a reel.

This was cut up into the appropriate length of sheets, which were then traditionally counted into reams. The Fourdrinier brothers were able to increase their production of paper ten-fold, from 60 to 100 lbs. per day by hand, to 1,000 lbs. per day using their new machine. Fifty years after the mechanization of the process, the price of paper had dropped by almost one half.

Together with the invention of the practical fountain pen and the mass-produced pencil of the same period, and in conjunction with the advent of the steam-driven rotary printing press, wood-based paper caused a major transformation of the 19th-century economy and society in industrialized countries.p

With the gradual introduction of cheap paper, school books, fiction, non-fiction, and newspapers became slowly available to nearly all members of society. Cheap wood-based paper also meant that keeping personal diaries or writing letters ceased to be reserved to a privileged few. The office worker or the white-collar worker was slowly born of this transformation, which can be considered as a part of the industrial revolution.

The effect of light in darkening a prepared paper was discovered by Thomas Wedgwood in 1802.[1] Photographic papers have been used since the beginning of all negative–positive photographic processes as developed and popularized by William Fox Talbot (Great Britain/1841-calotype).

After the early days of photography, papers have been manufactured on a large scale with improved consistency and greater light sensitivity.

Take a look at some of Bodine's Photographs 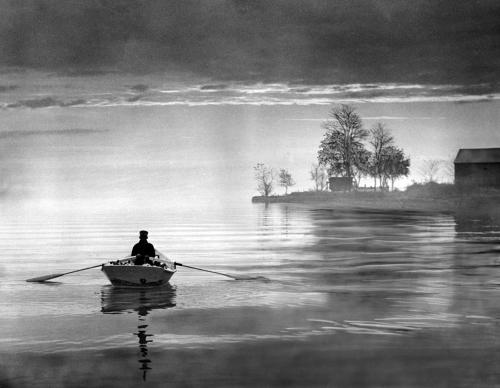